This was a science fiction story, a battle between Space and Time. This was the French Open and a match between Rafael Nadal and Novak Djokovic.

Court Philippe Chatrier and the red, red dirt of home pump the breath of life into Nadal’s lungs. Everybody who tries to play tennis here knows that this is Rafa’s house. His space.

But this is Novak’s time. His hour, his era. He’s been No 1 in the world for just short of two years now. He has collected six grand-slam singles titles and would dearly love this one to complete the set. But he had to go through Nadal to get there. He had to go through Nadal even to reach the final because Nadal’s vulnerabilities, his absences through injury, his dodgy knees that will one day — how soon? — end his career have forced him down the rankings to three. Third in the hierarchy in his own house?

Something must be done.

It’s got to the point where we no longer want to watch. “I self-destructed,” Roger Federer said after his straight-sets defeat in the fourth round of the US Open at the hands of the great Tommy Robredo. It wasn’t even on the Arthur Ashe Stadium court. I’m glad I arrived in New York a couple of days too late for it.

Watching Rodge playing his endgame without dignity makes me feel a little squeamish. I remember a delightful lady on safari in Zambia who was deeply distressed by the spectacle of a lion kill saying: “I’m going to put my fingers in my ears so I won’t see.” I feel a bit like that with the Fed these days.

I suspect we all do. What can we do about it? We could beg him to stop, but I don’t recommend that. We must respect a champion’s determination to carry on when the best years are gone. It’s not as if he’s a boxer who’s going to get punched silly. Federer still loves the sport, the struggle, the delusion. Better to admire that than condemn it.

We could watch and meditate on greatness in decline, but there’s not much fun in that. We could continue to follow him in the hope that somehow time can be defeated, but that is unlikely to pay dividends. We could concentrate on the new axis of power in the men’s game, but that only works up to a point. Because that would involve forgetting Rodge, and that’s impossible.

So let’s do the only other thing possible and celebrate him. Let’s remember what Federer was like in pre-self-destruct days, and wonder if he wasn’t perhaps the greatest sporting performer we have seen.

Numbers give a pretty good hint on that score. He appeared in 18 out of 19 successive grand-slam finals, as if it was impossible to stage one without him. He made the final of every grand-slam tournament at least five times. And he was world No 1 continuously for 237 weeks in 2004 and 2008.

That No 1 thing mattered. In that heartland period — the Golden Age of Rodge — he established a benevolent dictatorship over his sport. He established deference from everybody else, apart from Rafael Nadal on a clay court. It wasn’t that his rivals were no good, it was just that during the Golden Age he was better than they could ever dream of being.

He was better in a beautiful way. He was a master illusionist, and the illusions he created were many and various. There was the illusion that he didn’t have to try: it just happened because he was a creature from another dimension of excellence.

There was even the illusion that players were happy to lose to him. Andy Murray loves to rally. I remember watching his Australian Open final against Federer in 2010. Rallying with Rodge in a final seemed to be all that Murray’s heart could possibly desire: this was the greatest honour the game could give. Playing beautifully in response to the beauty of Federer’s tennis, Murray lost in straight sets.

There was also the illusion that Federer was creating art, that he was involved in something far higher than mere victory. Victory was just a by-product of beauty.

None of these things was true, but all these illusions were as grand as they were lovely. That, you felt, was what a champion should be. That, we all felt, is what I would like to be, if I were a champion.

There was a time in that Golden Age when all you needed to do was look at Federer play that lazy, coiled forehand in the warm-up to know he was the champion. He had the presence, the aura of a champion and it showed in every single shot.

Sometimes it showed even in the way he flipped a loose ball to a ballboy: instead of clipping it, he would super-slice it, so that the ball laid down and died at the ballboy’s feet. Just from the sheer love of striking a tennis ball. Just because he could.

He had some unusual weapons. He used his No 1 status with gentle but total ruthlessness. Most No 1s give out the message: I’ve fought for this and you’re not going to take it from me. The Golden Fed did it differently: I’m No 1. You’re not. In what world could you ever take it from me?

Another great weapon was serenity. The present top men use intensity mixed with self-control, and it’s always a fight. Not Federer. He acted as if the outcome was already decided in his favour. He played as if every match was long-ago scripted, long-ago choreographed. It was just a process of going through the performance with calmness, beauty and gently smiling inevitability.

Time and again, Federer brought us a weird kind of laughter. It was the laughter of wonder. A rally would end, with a mixture of both surprise and inevitability, with a kill-shot impossible to imagine, let alone execute. It was so utterly and bewilderingly outrageous that you would laugh in sheer delight that such a thing could be. It was like being let in on a secret.

Federer made us co-conspirators. In 2003, the year Federer first won Wimbledon, there was an upswelling of discontent from the old players that throng the place: modern racket technology was ruining the game, taking all the skill, it’s about fitness not touch these days, all biff, biff, biff. I’ve never seen a campaign fall so flat. Federer destroyed it every time he struck a tennis ball.

Time, then, for the G-word. We use the term “genius” in sport in a somewhat specialised sense. Not every champion gets to be called a genius. Most champions are the same as everybody else, only more so. Murray and Nokak Djokovic exemplify this to perfection. They have ordinary talents developed to the extreme.

A genius has something the rest of cannot aspire to. A great performer takes the game as it is and develops it to the logical extreme; a genius reinvents it. A genius doesn’t come along every day, and we should enjoy every second of it while it’s there. Because it won’t last for ever.

Sporting genius hath all too short a date. So let’s not mourn its passing in Roger Federer, let us just drop on our knees and give thanks that we were around to witness it. Savour that. It won’t self-destruct. 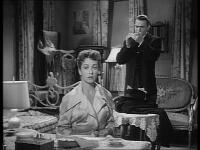